We help the victims of the Vitae fraud

On June 22nd, the social networking platform vitae.co and the crypto currency Vitae were shut down by the Belgian judiciary. Some 223,000 people worldwide were allegedly using the coin and the platform.
Our ambition is to collect a large number of victims in order to maximize our weight in the case. This also allows us to heavily reduce the cost of the procedure for each victim. Victims who want to join pay a fixed fee of € 220 to be assisted during the whole procedure. If funds can be recovered, in addition to the € 220 fixed fee, you pay 20% on the sums actually recovered. If the amount recovered is less than €1000, the fixed fee is €50.

The Belgian judiciary has shut down the crypto currency and social media platform, arresting numerous people for membership in a criminal organisation, fraud and money laundering. Articles about this have also appeared in the press.

37% of all virtual currencies were seized by examining magistrate Philippe Van Linthout, along with numerous luxury cars (17) and EUR 1.1 million in cash.

Apparently, the entire Vitae.co and crypto currency was a form of Ponzi fraud. This is a method of defrauding people by offering an investment where the money paid out is financed by the deposits of new customers.

The Criminal Law Department of DGDM assists victims to try to recover the money they have lost. These victims are people who have either joined the social media platform or invested in the crypto currency Vitae and have now lost a lot of money because this currency has plummeted.

As a law firm, we not only have extensive experience in criminal law, but our Data Tech and Entertainment department is also very well known in the field of new technology and innovation. It is not without reason that DGDM was named Most Innovative Law Firm in the category new products and services by the Financial Times in 2017.

Our ambition is to collect a large number of victims in order to maximize our weight in the case. This also allows us to heavily reduce the cost of the procedure for each victim. The victims have often already lost their investment.

Victims who want to join pay a fixed fee of € 220 to be assisted during the whole procedure.

In the event of success, in addition to the € 220 fixed fee, you pay 20% on the sums actually recovered. If we do not recover anything for you, you will not pay the 20%. There are no hidden costs.

This pricing model ensures that victims have high-quality legal assistance at a very favourable price.

Fill in the form below and register as a victim. 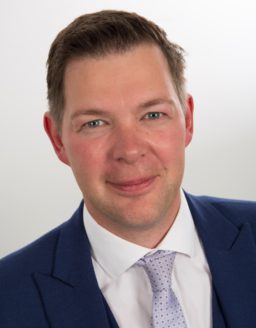